Skip to content Skip to navigation
See our Campus Ready site for the most up to date information about instruction.Campus ReadyCOVID Help
Division of Management and Information 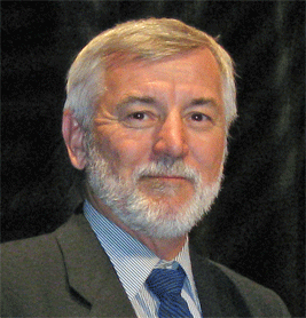 Before joining the Berkeley faculty in 2002, he had more than twenty years of R&D, consulting, and entrepreneurial experience in information systems and service design, content management, electronic publishing, Internet commerce, and human factors in computing systems. He founded or co-founded four companies, including Veo Systems in 1997, which pioneered the use of XML for electronic business before its 1999 acquisition by Commerce One. Veo's innovations included the Com-mon Business Library (CBL), the first native XML vocabulary for business-to-business transactions, and the Schema for Object-Oriented XML (SOX), the first object-oriented XML schema language. From 1999-2002 he headed Commerce One's XML architecture and technical standards activities and was named an "Engineering Fellow" in 2000. In 2008 he co-founded and for several years served as a Director for Document Engineering Services, an international consortium of expert consultants in standards for electronic business.

From 2005-2010 he was a member of the Board of Directors for OASIS, an international consortium that drives the development, convergence, and adoption of "open standards for the global information society," and also served on the Board of Directors for the Open Data Foundation, dedicated to the adoption of global metadata standards for statistical data. He is the President of the Robert J. Glushko and Pamela Samuelson Foundation, which sponsors the annual Rumelhart Prize in Cognitive Science and the Glushko Dissertation Prizes for outstanding Cognitive Science Ph.Ds. Dr. Glushko holds a Ph.D. in Cognitive Psychology, UC San Diego, a M.S. in Software Engineering from the Wang Institute and a B.A. in Experimental Psychology from Stanford University. 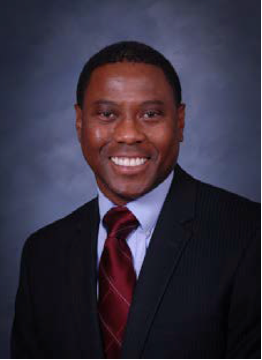 James Hall is currently a Senior Vice President and Center Manager at Citizens Business Bank for the Visalia-Hanford area in California. He was formerly a Senior Vice President and Commercial Banking Leader with Wells Fargo Bank Commercial Banking located in Fresno, California. At Wells Fargo, his responsibility included managing seven direct and ten indirect team members that consists of relationship managers, business development officers, and support team-members. James’ focus is primarily on Commercial & Industrial (C&I) lending in the greater Fresno, Visalia, and Bakersfield area. Prior to the management of his current team, James also served as the Central Valley Business Banking Manager, over a team that specialized in Agriculture Lending. James is a 27 year banking veteran, having started his banking career in 1993 after serving 4 years of active duty military in the United States Air Force. His commercial banking experience includes roles as a Credit Analyst, Credit Products Officer, Relationship Manager, Business Banking Manager, and current Commercial Banking Leader assignment. Upon joining Wells Fargo in 2005, James also managed markets in Modesto, Monterey, Visalia, and Tulare. Born and raised in Fresno, James is a graduate of California State University, Fresno where he completed a Bachelor of Science degree in Business Administration with an emphasis in finance. James also has an Associate of Art’s degree from Merced College and is a 1999 graduate of the Academy of Military Science whereas he was commissioned as a Second Lieutenant in the California Air National Guard and the United States Air Force. James retired from the Air National Guard in 2018 as a Lieutenant Colonel. James is married with three kids, a 25-year old daughter, and two sons six and four. James has been active in the community through his involvement with Habitat for Humanity, March of Dimes, prior board-member for Court Appointed Special Advocates (CASA) for Stanislaus County, and Foundation board-member for the Fresno Metropolitan Black Chamber of Commerce. 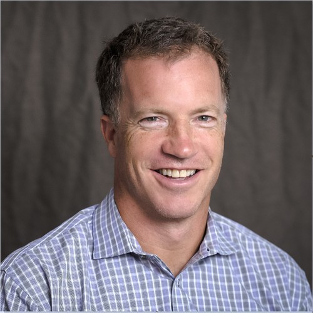 Ty Jagerson is currently with General Motors as Leader of V2X, supporting GMs transition to a 100% electric vehicle future. Ty joined GM from Malta, where he was Vice President of Commercialization and from Google X, where he developed breakthrough solutions for the global energy market. Ty was previously CEO of Village Power Finance, a solar development and finance platform for mid-scale & community organizations. Prior to that Ty was President of HelioPower, an integrated renewable energy solutions company with over 3000 systems installed. Ty has over 20 years of experience in renewable energy, technology development and finance. He joined HelioPower through the acquisition of Simple Energies, a renewable energy development company he founded in 2009. Prior to Simple Energies, Ty co-founded SolFocus, Inc., a pioneering CPV firm, and spent 5 years at Xerox PARC commercializing technologies and co-initiating PARC’s Cleantech Initiative. Ty spent 6 years in Eastern Europe and started one of the region’s first ESCO’s.

Ty holds an MBA from Wharton, speaks Russian, and holds 6 patents. He is on the board of trustees of the University of California, Merced, served on the alumni advisory board of Wharton’s Institute for Global Environmental Leadership, and is Founder and Chairman of CarbonTaxNow.org. He is a board advisor to biomass energy company Phoenix Energy, a regular lecturer on project finance at Stanford, and a mentor at the TomKat Center for Sustainable Energy at Stanford. Ty has worked professionally in over 25 countries. He holds an MBA from the Wharton School of Business and a BA from Wesleyan University. 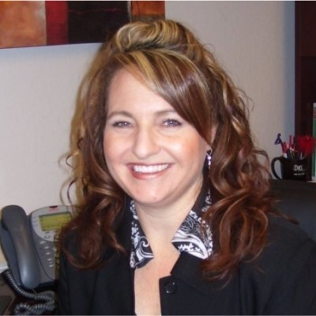 Courtney has served over 30 years in the insurance restoration industry. Her entrepreneurial experience ranges from small business start-ups to creating a successful national franchise brand. led the expansion of Custom Commercial Dry Cleaners, Inc. to 9 offices in 6 states with over 150 employees during her 27-year tenure as CEO for the company. Courtney and her partners created a restoration franchise brand in 2006, FRSTeam Inc., selling 15 franchises in the first 2 years. As a founder and CEO for FRSTeam, drove growth in brand coverage, top line sales, business service lines, and profitability. Courtney’s most consistent role over the last 7 years was creating and defining company culture for the brand, with emphasis on sales culture and leadership development. Central to her philosophy is creating a positive customer service experience for all customers, from client to employee to franchisee, encouraging engagement and satisfaction on all levels.

After selling the franchise and the company stores to retire in 2020, Courtney is currently the managing partner for Nicholas Meekma Properties. She holds an MBA, form California State University—East Bay and a BS in Business Administration and Management from California Polytech State University—San Luis Obispo. 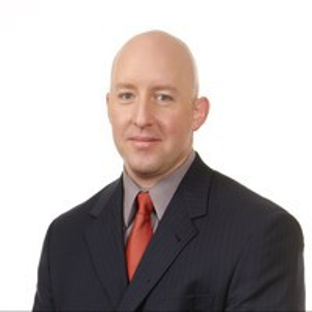 Riley is the Market President for the Fresno/Visalia area of the Central Valley. In this capacity leads the company’s philanthropic efforts and drives business collaboration and employee engagement across all lines of business. is also the Market Executive for the Central Valley South team - covering a diverse portfolio of Commercial and Agribusiness clients. In this role he is responsible for revenue generation and delivering the commercial and investment banking resources of Bank of America.

Riley has more than twenty-five years of banking experience serving communities within the Central Valley. He has served in various capacities including Commercial and Retail Banking, Commercial Credit Review, and Residential Mortgage Lending.

He is a graduate of the nationally recognized Pacific Coast Banking School, where he was awarded a membership to the honor role, recognizing the top ten percent of graduating students. Mark is also published in the School’s prestigious library for management reports. The Pacific Coast Banking School is sponsored by the University of Washington’s Graduate School of Management. Riley also has MBA and BS degrees from California State University Fresno’s Craig School of Business, where he was awarded the Graduate Dean’s Medal given to the graduate with the distinction of highest honors.

is a long-time member of the board of directors for Community Food Bank, where he served twice as Chairman of the Board and the Executive Committee. He also serves on the Board for the Greater Area Chamber of Commerce and the President’s Council for the Central Valley Community Foundation. is a past member of the commercial loan committee for Valley Small Business Development Association, and is Past President and Chairman of the Craig School of Business Alumni Association board and a current member of the Craig School of Business Advisory Council – both at California State University, Fresno. 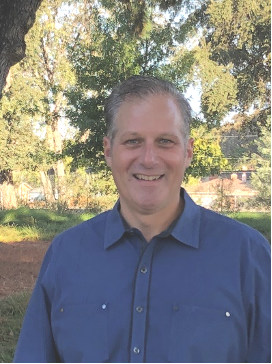 Mike Roland is a Vice President at E. & J. Gallo Winery and is responsible for New York, South Carolina, Wisconsin, and the Central Valley California Operations, as well as Corporate Engineering, Corporate Environmental Health and Safety, and Lean Six Sigma.

Mike joined Gallo in 2004 and has developed, led, and implemented many of Gallo’s strategic engineering and operations initiatives. Prior to Gallo, Mike was the Global Process Technology Leader for General Electric and worked at Great Lakes Chemical and W.R. Grace in various technical roles.

During his spare time, Mike has a passion for aviation and is a licensed private pilot who volunteers for Angel Flight West transporting ill patients to medical appointments. 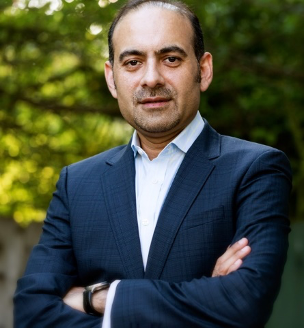 Dilawar is CEO at Lumiata, an AI for healthcare company focused on reducing healthcare costs and improving patient outcomes. Previously, Dilawar was President at Freshworks. He founded the company's North America business overseeing sales and marketing, customer success, and partnerships. Freshworks customer service products are used by thousands of small and medium businesses. The company has raised $400 million in funding. Earlier in his career, Dilawar oversaw business operations at Yahoo!'s Platform & Infrastructure Division and was a product manager at Siebel Systems.

Dilawar has driven civic efforts at the federal, state, and local level focusing on economic growth and entrepreneurship. As the founding Chair of the California Entrepreneurship Task Force with the Governor's Office of Business and Economic Development, Dilawar drives inclusive entrepreneurship bridging coastal regions with the state's rural heartland. He served on President Obama's White House Commission on Asian Americans and Pacific Islanders (AAPIs) and chaired the White House Initiative on AAPIs’ Economic Growth Committee. In that role, Syed led the administration’s engagement with small businesses across the U.S. after the passage of the American Recovery and Reinvestment Act of 2009.

Most recently, President Biden nominated Dilawar to serve as Deputy Administrator of the Small Business Administration (SBA). Prior to that he served as a member of the Silicon Valley Recovery Roundtable and was tasked with helping lead the region's COVID-19 economic recovery. 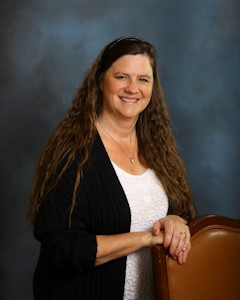 After 18 years as a software and systems engineer and director in the satellite and wireless telecommunications industry, Denise Watkins launched her second career as a community volunteer, mother of three and owner of the Stealth; a professional men’s indoor lacrosse team. The Stealth were sold to the Vancouver Canucks in 2018. In addition to being a long term member of UC Merced’s Board of Trustees, she also serves as an officer for the Livermore Valley Performing Arts Center (LVPAC) and has been on the board of LVPAC since 2006. LVPAC has a community art incubator and a state of the art 500 seat theater that opened in fall of 2007. 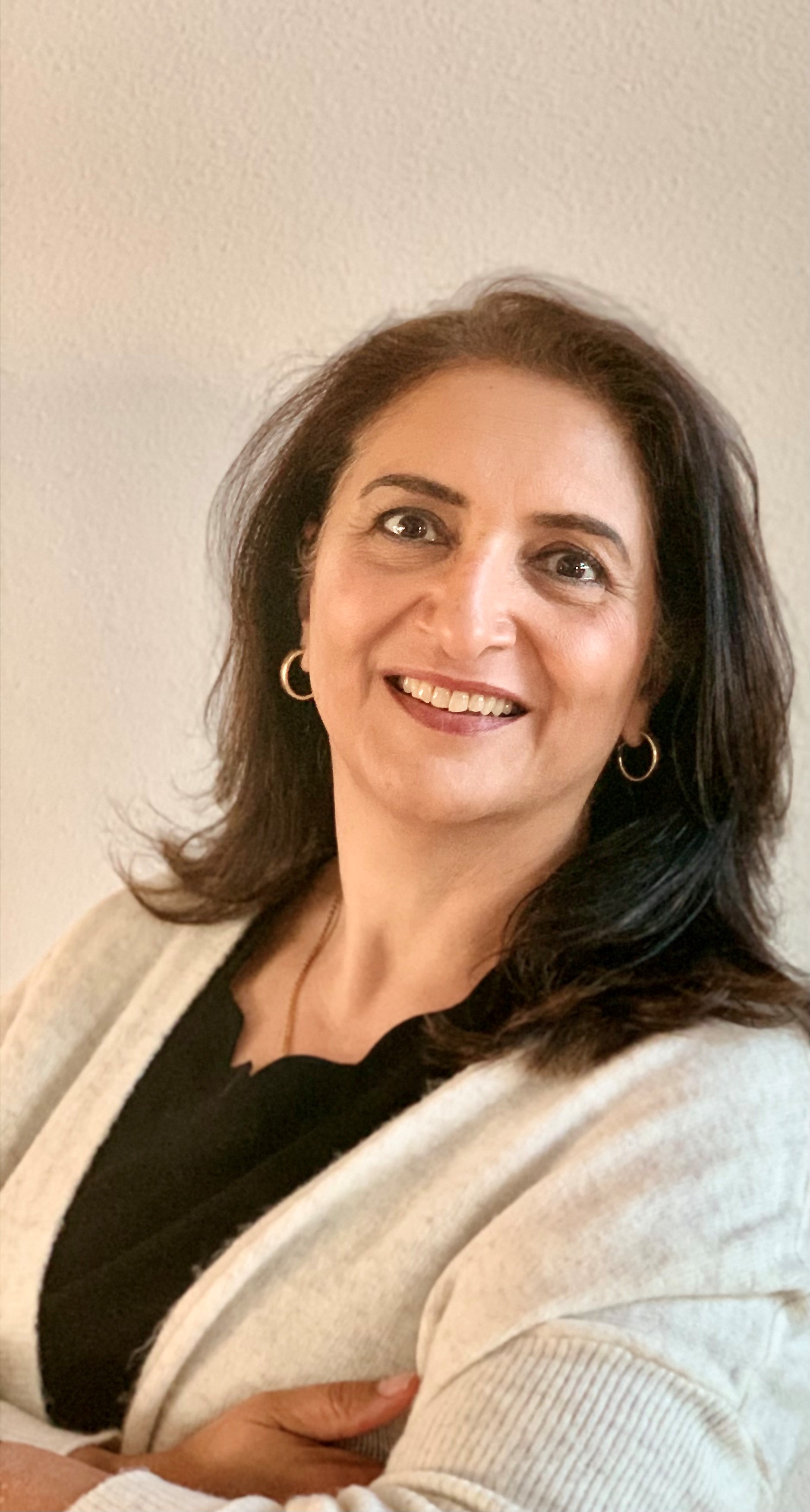 Rani is currently Ericsson’s Global Head of Artificial Intelligence Technology & Innovation. At GAIA, she works horizontally across the entire company, having a direct impact on building the industry-leading and trusted solutions into Ericsson products, outlines and drives strategy and execution of artificial intelligence functions including global operations (with cross-geographic teams of data scientist/data engineers), setting up frameworks to trigger and capture internal and eco-system innovation and injecting it into Ericsson’s business units and market functions competence.  She owner and advocate for the AI underlying design elements, developer platforms, product components, and infrastructure at Ericsson.

With a deep personal commitment to strengthening communities, Rani has long been an avid volunteer and board member. She has volunteered in the fight against hunger and other causes since her youth. Later, she served on several non-profit boards including the Santa Clara County Women’s Commission, the board of directors, nominating and governance committee chair and audit committee for the University of California, Merced Foundation Board, and the board of trustees of the State of California Infrastructure and Goods Movement Board. She also was on the corporate advisory board for the Santa Clara County Hsinchu, Taiwan County Commission.

Rani is a member of the Committee of 200, servers on the Board of Directors of Amagine Lighting and Design, and resides in Silicon Valley.